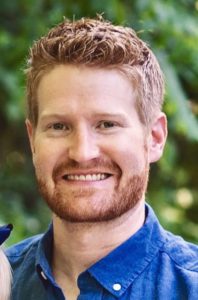 This month's Chef Spotlight features one of our Kansas City chefs. Nate joined Friend That Cooks almost a year and a half ago and has really enjoyed working with the company. He started his education at Kansas State University with the goal of obtaining a degree in Dietetics. However, he soon realized he would rather work with food directly and transferred to Johnson County Community College for their renowned Culinary program. Shortly after, he obtained his Sous Chef Certification and began working for the Indian Hills Country Club. Since then, he has also worked as a Sous Chef at Garmin, and as a Storeroom Manager for the Art Institutes International of Kansas City. New restaurants are always being added to his list of places to dine in order to keep an open palate and update his menu ideas. A few of his favorites include the Harvest at Renee Kelly's, ABC Cafe, and El Salvadoreno.  Nate enjoys supporting the KC Chiefs and Royals, playing frisbee golf, and spending time with friends and family. He looks forward to another year working with the FTC family. He lives in Lenexa with his wife and young daughter.
No comments posted...
Top